Truth depends on where you see it from

The work of Truly Design inflects in a contemporary perspective the optical phenomenon of anamorphosis, investigated by such artists as Leonardo da Vinci and Hans Holbein since the XV century.
The exhibition Truth depends on where you see it from illustrates the most recent aspects of the aesthetic and poetic research of Truly Design collective, currently focused on geometric abstraction in relation to architecture and urban space.
The anamorphic abstraction proposed couples with the architecture of the MEF, both for sharing the same visual language, made of minimalist geometric shapes, and for the destiny which brings together the collective and the museum space.

The MEF, born from the renovation of a former manufacturing facility and now playing an important cultural role, parallels the career path of Truly Design crew, which, in the late 1990s, paints its first graffiti on the walls of ruined industrial buildings in Turin and is now breaking into the contemporary art scene.The museum, always focused on creating a relationship between modern and contemporary artists in an effort to establish a dialogue between different sensibilities, children of different times, again is going to confront classic languages of modern art with the mathematic and chromatically composed aesthetics of Truly Design.

Playing an active role in street art for over twenty years, this urban artist crew is making some site-specific anamorphic works in the spaces of the museum and the café/bistrot B+ARS, and is showing a series of photos illustrating its most suggestive artworks from all over Europe. 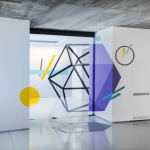 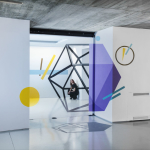 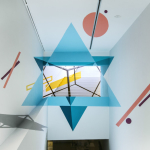 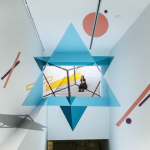 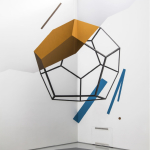 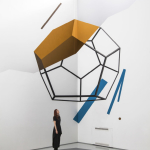